The Top 10 Most Expensive Sneakers

Have you ever wondered about the most expensive sneakers of all-time? The popularity of sneakers has risen sky high over the past decade. Many releases are incredibly scarce, which has helped to create the reseller sneaker market. The increased demand for unique sneakers, paired with their limited supply has led to some jaw-dropping prices on the most sought-after sneakers. Sneaker collectors have splurged on kicks that could be defined as the complete opposite of frugal.

Take a look at the Top 10 Most Expensive Sneakers below:

Nike co-founder Bill Bowerman originally created the waffle sole using his wife’s waffle iron. The waffle sole was one of the first major innovations from Nike. These sneakers sport an out-of-this-world moniker to go with the price tag. The Nike Moon Shoe was originally created for the 1972 Olympic Trials. Less than 12 pairs of the shoes exist today. The only known unworn pair of Nike Moon Shoes recently sold at auction by Sotheby’s for $437,700 to Canadian collector Miles Nadal, making them the most expensive Nike shoes of all time. In fact, the Nike Moon Shoe is mentioned for the record-breaking price tag by the Guinness World Records. The Nike Moon Shoe can be confidently classified as the most expensive sneakers in the world.

Before Michael Jordan teamed up with Nike to create the Air Jordan brand, he wore Converse sneakers throughout his pre-NBA years. This particular pair of Converse Fastbreak Mid sneakers were worn by MJ at the 1984 Olympics gold medal game versus Spain. The game-used and autographed shoes fetched an impressive final bid of $190,373 at SCP Auctions. These kicks are widely considered as the most expensive basketball shoes of all-time.

Bling is king. These limited edition Buscemi sneakers are adorned with 11.50 carats worth of diamonds, along with 18-karats of gold hardware. The 100mm Diamond was launched to celebrate the opening of Buscemi’s Soho flagship store in NYC. No word as to who (if anyone) ended up buying these sneakers. Buscemi put together the most expensive mens sneakers at a retail price.

This particular pair of Air Jordan 12 sneakers were worn during the “Flu Game”. After his iconic performance in Game 5 of the 1997 NBA Finals, MJ gifted the game-worn shoes to a Utah Jazz ballboy, who put them up for auction in 2013. The Jordan factor definitely creates a bidding war at auctions. Grabbing this piece of NBA history ended up costing over $100k at an auction hosted by Grey Flannel Auctions. The “Flu Game” Air Jordan 11s are the most expensive Jordan shoes.

Almost 30 years after the Nike Mag was featured on screen, Nike made the sneakers available to the public. Nostalgic Back To The Future fans clamored to purchase these very expensive Nike shoes. The Nike Mag was originally released in 2011, then re-released in 2016 with the added self-lacing functionality. Nike raffled the sneakers online with proceeds benefiting the Michael J. Fox Foundation for Parkinson’s Research. The release was limited to 89 pairs, which led to a huge resale price on these Nike trainers. A pair sold for over $100,000 in 2016 at a Hong Kong charity auction.

A piece of movie history. One of the most valuable sneakers. The iconic Nike Mag sneakers remain popular today, over 30 years since the release of Back To The Future II. The auction for the Nike Mag shoes used on screen, was in fact only for a single shoe. The shoe was badly damaged due to age. Shoezeum owner Jordy Geller listed the shoe on eBay, which fetched an impressive 220 bids and a $92,100 final price.

Diamonds are forever. Big Boi grabbed a pair of custom kicks created by Enel Dawkins of Laced Up Atlanta. These luxurious Nike Air Force 1 sneakers are embellished with 13k champagne diamonds. Adding precious gemstones to a pair of sneakers is a sure-fire way to create a jaw dropping price tag. Big Boi can happily call himself the proud owner of the most expensive Air Force 1 sneakers.

This collaborative effort from Eminem, Carhartt, and Air Jordan was limited to only ten pairs. The shoes commemorate the 15th anniversary of Shady Records. The sneakers were auctioned on eBay back in 2015 with proceeds going to Literacy Through Songwriting Program by the MSU Community Music School-Detroit. It is good to know that many of the most expensive trainers are sold to benefit charity.

DJ Khaled dropped these sneakers exclusively via raffle to people who purchased his Grateful album. This very limited release led to a pair selling for $20,000 at online sneaker marketplace StockX. The Air Jordan 3 “Grateful” was once the most expensive thing on StockX.

Thanks for taking the time to read our list of The Top 10 Most Expensive Sneakers! What will be the most expensive sneaker of 2020? Please let us know if we missed any expensive kicks in the comments below.

We're not around right now. But you can send us an email and we'll get back to you, asap. 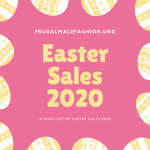